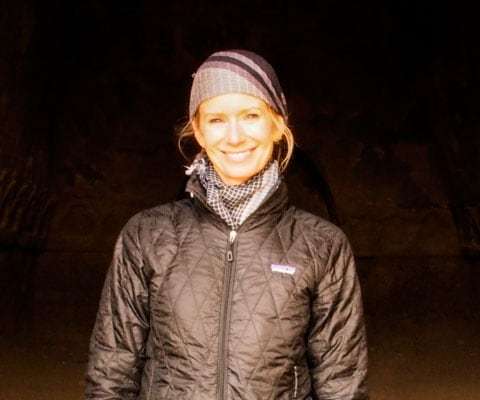 Recently and fortuitously, I had the honor to meet Shannon Galpin, an amazing woman! She is truly a modern day hero and author of Mountain To Mountain a book I highly suggest reading.

Shannon had some experiences in life that motivated her to make a difference in fighting gender violence. Eventually this grew into giving a voice to women and girls in Afghanistan, where women have little rights compared to men. A dedicated woman, she sold her house, left her career and launched a nonprofit organization and headed to a country ravaged by an ongoing war. Her efforts have brought her international acclaim, and she was awarded the National Geographic Magazine Adventurer of the Year in 2013.

Her book is captivating, inspiring and riveting. There’s a part of the book that is especially moving to me because of my mission trying to save men and women from violence of all kinds. The chapter title is “Whore” and I’ll share a few passages from it because I think they really speak to a few truths regarding violence, especially violence toward women. The assault happened in a park that I drove by many times when I lived in Minneapolis.

This chapter is very graphic and descriptive and for those of you out there who think that predators play fair and can be reasoned with, you’re dead wrong.

The following is directly from the chapter. “I had taken the wrong bus home late from work, which meant I had to walk the darkly lit paths through Loring Park to reach my apartments on the other side. I was lost in my thoughts, hunkered down in the cold with my hands in my pockets… Suddenly, a hand reached from behind me and clasped me around my mouth. Another powerful hand grabbed me around the chest and forced me backward along the path to uneven dirt and grass, my feet tripping over themselves. I struggled until I felt the cold, sharp edge of a knife against my throat.”

For those of you who don’t think rape is an extraordinarily violent act, the graphic detail she provides will change your mind.

“I fell face first as my attacker shoved me into the dirt. He applied his boot to my head, pinning me in place, the pressure threatening to crush my skull. Dirt filled my nostrils and mouth, making it hard to breathe.”

“I panicked, struggling under the pressure of his boot. He’s going to have to take his foot off my head to do anything. I thought, so I would lash out when the pressure let up, and then I would roll away, scream, and run for help… I felt him remove his boot and I thought, Go! Go now! Yet with the same foot that he had just used to pin my head, he kicked me hard in my ribs, causing me to instead curl into the fetal position. Again the boot made contact. And again. And again. I lay there pathetically in the dirt wincing at each kick, trying to protect myself. Thoughts of bolting evaporated as I struggled to simply breathe.”

“He pulled up his pants and looked down at me, his eyes dark behind the ski mask. “Whore,” he said, practically spitting the word. And then he left.”

I could feel her sense of panic as she explained that she was planning to just get away.  I was wishing in my head that she would too. If raping her wasn’t violent enough, just when she thought she had a chance to escape, he kicked her in the ribs over and over again and he would cut her every now and then to keep her still.

There are some truths here that are especially poignant after reading her story:

1)   You never know when your moment of truth may come.

2)   Predators are capable of “unnatural” levels of violence that will shock you.

3)   Your life will be changed forever, even if you survive the attack.

4)   You will have regret for choices you could’ve made differently to avoid the situation you are in.

5)   You will be willing to give anything for skills and/or tools to stop the attacker.

A well-known guru and author in the self-defense field recently told me that over 80% of his clients sought his services after being the victim of a crime. I don’t want this to be any of you! Situational Awareness, knowing tactics of predators, and then knowing some skills and/or having tools to stop the attacker is all part of our training. Please get this training before you need it! Our next live class is January 8th from 6:00pm – 8:30pm, and of course now anyone can get this training online here.

Pretty Loaded’s primary mission is to avoid the fight altogether. Fights are not fair, and even if the victim is stronger, they have a hard time fighting if they have been ambushed and struck first.

When we met, Shannon looked me in the eyes and said, “Thank you so much for what you are doing to educate people about Situational Awareness and predators.” She concluded that she shouldn’t have taken the dark short cut and she was distracted, both of which are actions Situational Awareness teaches about.

She signed my book, “Fight the good fight!” and I promised that I would. Thank You Shannon, for being brave enough to turn a tragedy in your life into a mission to save others and being a voice for the women and girls who don’t have one. You are making a huge difference in this world and Pretty Loaded is a raving fan of yours!

Subcribe for Safety Tips Right in Your Inbox

This Blog Could Potentially Save Your Life!

You have Successfully Subscribed!