Top 5 Reasons You Need Self-Defense Training, Even in North Dakota! 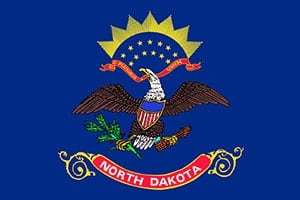 Crimes against women especially have been increasing in North Dakota in the past few years. Here are 5 top reasons to take our classes.

5.) According to a 2011 U.S. Fire Administration report, you are 58 times more likely to be involved in an assault than you are to be injured in a home fire. Chances are that you have fire insurance on your home, right?

4.) According to a 2011 FBI Administration report, one out of every 6 American women has been the victim of an attempted or completed rape in her lifetime.

3.) The North Dakota Attorney General Wayne Stenehjem commented on the state’s Uniform Crime Report from 2012, which was released on Tuesday, and said “was not a rosy one,” . Crime increased 7.9 percent in North Dakota in 2012 compared to 2011, and violent crime increased 7.2 percent. A record 243 rapes were reported in the state last year, up from 207 in 2011. The state’s 20 murders in 2013 was the highest number for a single year since 22 were reported in 1993.

1.) It’s too hard to carry a police officer! When seconds count, help is minutes away.

To register for one of our classes, we recommend to check out our Safety Network Training Catalog.

If you have any questions about our classes, both NRA and Pretty Loaded Classes, please contact us by calling (701) 484-6306 or send an email to empowered@prettyloaded.org