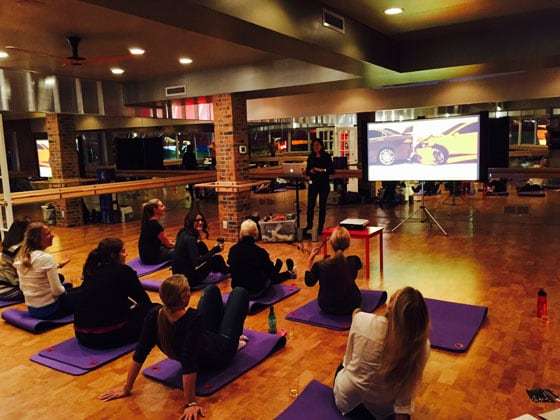 Beth teaching about tachypsychia (time slowing down) which happens in a self defense encounter and happens commonly during a car accident.

Thursday night Beth brought the latest version of our Situational Awareness and Self Defense Mindset to a group of women at The Barre Studio in Edina, Minnesota. This was the first ever presentation in socks in a fitness studio and it was a blast!

Rachel and Paula, (owners) feel so strongly about the safety of their team that they invested in having Beth come to empower all of them with all the skills for recognizing and avoiding possible dangers and even some of the skills to combat those dangers if the need should arise.

As always, the theme is “the best fight is the one you’re never in” and that resonated with the group. However, realizing that bad guys show up at the most inopportune times, the group appreciated the verbal and physical defense skills that Pretty Loaded is so well known for teaching. The Barre team really an “aha!” moment when they realized that they are all the first responders for the safety of themselves and their loved ones. You can’t deny reality: the police are minutes away when an attack is over in seconds. 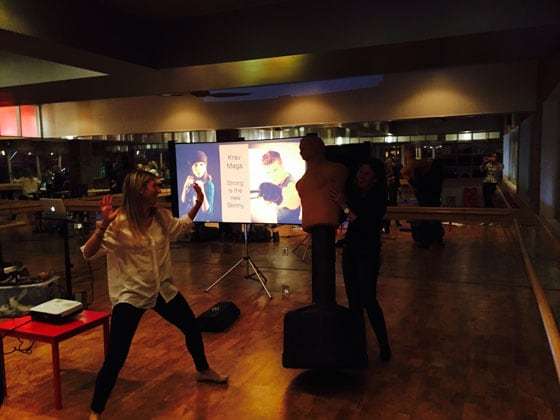 BOB is shaking in his boots (kidding, he doesn’t have boots) in anticipation of what’s to come. 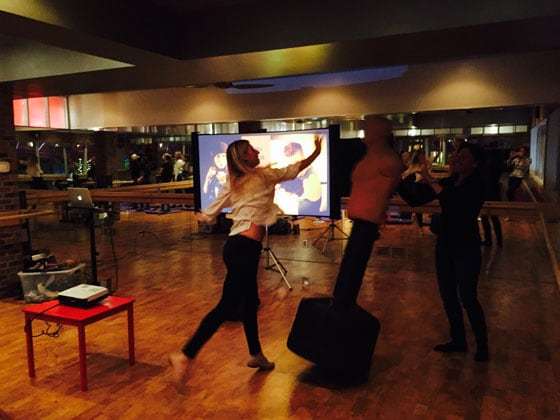 BOB takes one for the team when he gets a palm strike Barre style!

“Barre” is a fitness regimen with which Beth is very familiar, and she knows how much strength can be developed by those dedicated to practicing it. Beth learned that the Barre not only gets you fit, but makes an incredibly strong woman to kick the most tough guy’s butt. Predators fear failure and attack the weakest and easiest looking target, and that won’t be any of these ladies from now on. They are strong and can land hits with more power than you could imagine!

Like many of our business presentations, this group really “gets it”. They have worked so hard to build the life of their dreams, knowing that their lives are  masterpieces for them to shape as they wish. Now they have the skills to protect themselves from predators who may try to destroy that dream.

If you or your business wants to increase your Personal Safety Skills, get in touch with us!

Be Safe, Be Empowered, Be Loaded!