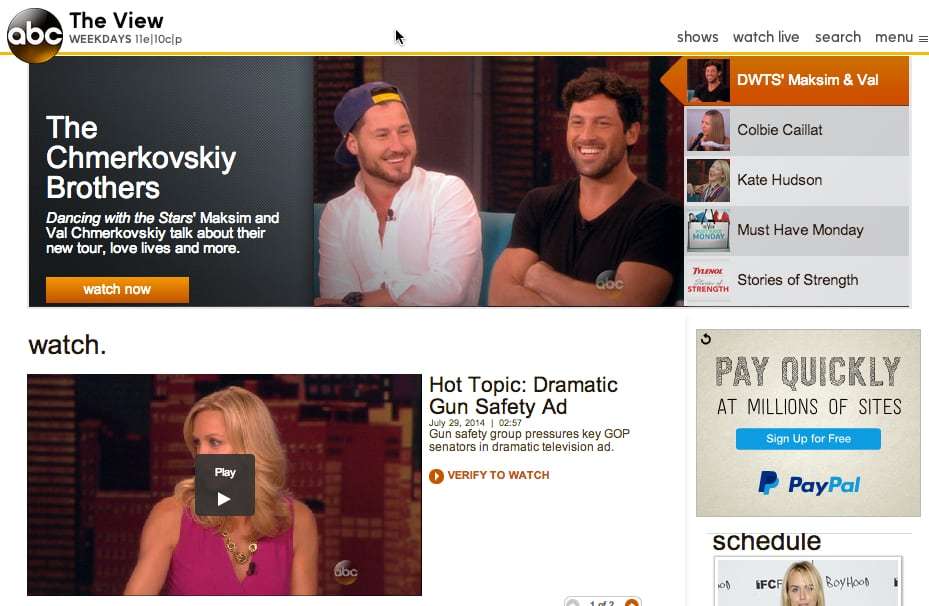 Something you don’t normally witness on TV happened on Tuesday’s edition of The View. Three out of the four panelists actually came out strongly in favor of a woman’s right to protect herself and her children with a gun! There was one panelist, ABC Good Morning America co-host Lara Spencer, who didn’t want a gun in the house because she has two small children. I believe in securing guns in a safe location away from children also and I hope she keeps the toothpaste with fluoride locked up too since there are multiple tools in the house that can harm children.

The three who favored firearm ownership (Sherri Shepherd, Jenny McCarthy and FNC’s Juliet Huddy) all shared the real world threats that prompted them to go get a gun. It was amazing to hear their real stories of burglars trying to get in their homes and feeling terrified that they had nothing to protect themselves with. One woman said that her child was crying and all she had to protect them with was a wicker basket! That’s when she realized that even a bat or pepper spray would not be enough to stop a violent person. One woman had a stalker and the only thing that consoled her was a gun.

People are often in denial about needing real protection until something frightening happens to them and I’m proud of these three women for standing up for guns!

The segment began with The View airing a new ad from the gun control group Everytown for Gun Safety, but instead of sparking the expected rant against guns from the usually liberal View crew, something very different happened.

Please go to abc.go.com/shows/the-view/ to watch this fantastic clip. We have tweeted the View to see if we can download the video to our site and we are still waiting to hear from them.

A personal tip for Lara Spencer would be to not tell the world that she doesn’t have a gun in her home since she is famous. How many bad guys just heard that? I don’t want to know.

Can you protect yourself if someone tried breaking through your door or window? Start learning the skills now and sign up for our classes at www.prettyloaded.org/training.