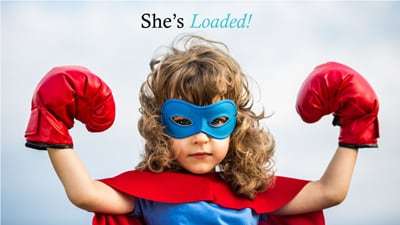 Situational Awareness can be taught to your kids too; play games that teach them to observe and pick out details in public. For example, “what color was the car we just passed?”  On the North Dakota Amber Alert site, they mention that “84% of thwarted abductions involved the child doing something proactive to escape, such as walking or running away, yelling, kicking, pulling away, attracting attention or otherwise resisting. “

In our Situational Awareness course, we discuss techniques to teach your kids and some of those are what to say if a stranger tries to take them. “Help!” is the common initial reaction, but this is what a kid being a “brat” yells in public with their parents, so it doesn’t have the effect desired. Yelling “Stranger!”  or “You are not my Mommy (Daddy)!” are much more effective in getting the attention of others around, and that’s the goal.

Our oldest daughter learns Krav Maga from Master Tomas and has learned many physical and verbal defenses. He makes a point to discuss many different strategies with kids that will empower them in a potential abduction scenario and as a parent observing the class, I have learned a few things myself too!

We all want to protect our kids, but we can’t just assume they’ll do the right thing in their moment of truth. Be proactive and teach them techniques and load them with skills because (I’ll say it again) “it’s better to have them and not need them than need them and not have them!”

This topic and so many more are discussed in the Situational Awareness and Self Defense Mindset course. Don’t delay in registering for the next class, the bad guy won’t make an appointment that you can be ready for!